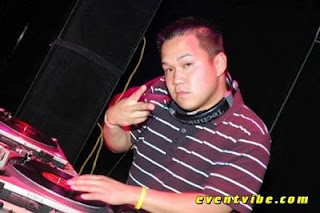 First there was DJ Sir Real and MC Get-Down, then there was DJ SuReal and DJ B-Rocc, then finally there is DJ Surreal and DJ Toastee. He looks like DJ Five doesn't he??? haha.

This guy has been with me since the beginning. I spent countless hours on Brian's setup, learning how to work the turntables and practice beat matching. I think he picked it up before I did, he had more time on the tables than me after all. hehe.

I was a poor college student, struggling to gather funds to back my rent, gas, fraternity dues, and an expensive DJing hobby. I had no gear for the longest time, not even my own headphones. Furthermore, I barely had enough money to buy records; $5.99 per popular singles (and you had to buy two copies) and $12.99 for compilations (that only had 2/6 songs you would play) definitely hurt the wallet. Brian was unselfish enough to let me use all of his gear and music so I could get up there and perform. He never pushed me to buy my own stuff, instead he would say "just use mine!". I really appreciated that. A couple of years later, I finally bought my headphones and felt so "official". haha.

Brian and I joined Proof Positive at the same time, all in due thanks to Ryan aka DJ Climaxxx. DJing with Brian was always fun. I remember he and I would put Jack and Coke in a coke bottle, stuff them into record bags and sneak them into the club. Free drinks all night! haha. We had our first gig at Q's in Pasadena; I miss that place.

Too many good times with this guy. I wish he would come back to DJing. Brian! Come back!
Posted by DJ Surreal

Email ThisBlogThis!Share to TwitterShare to FacebookShare to Pinterest
Labels: DJ